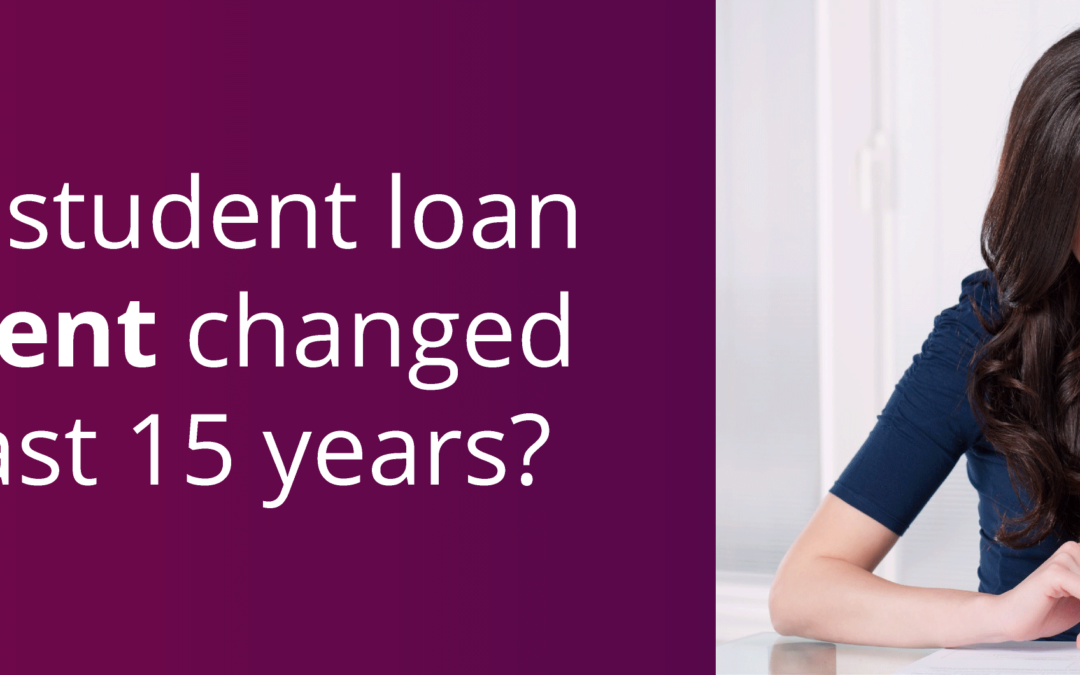 The student loan debt crisis is still developing, so the full impact has yet to be seen. This year’s college freshman (class of 2021) will carry the most student debt than any other graduating class in American history. There’s a lack of data to show just how that generation’s student loan debt will affect their ability to access credit products such as a mortgage. At best, we can look for trends in student loan repayment.

Researchers from the National Center for Education Statistics, CFPB’s Consumer Credit Panel, and the Federal Reserve Bank of New York have been studying student loan repayment behavior to learn more about the changes in the student loan market. The past fifteen years have seen large fluctuations in the economy, including a recession, student loan interest rate changes, and new income-driven repayment plans.

However, the payment patterns of student loan borrowers since the turn of the millennium indicate that the next generation will carry greater loans for longer periods of time.

Student loan borrowers are getting older, but repayment rates remain the same

25 to 30 percent of borrowers do not pay off their loans within the standard federal 10-year repayment window.

Just because borrowers take longer than 10 years to repay their loans doesn’t mean they’re delinquent or in default. In recent years, the number of federal Direct loan borrowers on income-driven repayment (IDR) plans with terms lasting longer than ten years has increased by about 50 percent according to the “Direct Loan Portfolio by Repayment Plan” from the Department of Education’s Office of Federal Student Aid. It’s possible more federal borrowers are in deferment or have enrolled in an IDR plan since 25 percent of all borrowers five years into repayment have not paid down their balance at all.

Initial student loan balances have grown, but even borrowers with small balances are struggling.

The number of borrowers that are delinquent or in default has also increased, especially for borrowers with less than $20,000 in student loans. Borrowers with $5,000–$9,999 in student loans are more likely to be delinquent or in default than all other borrowers. Borrowers from the 2011 cohort are nearly twice as likely to be in poor standing than borrowers from the 2003 cohort. 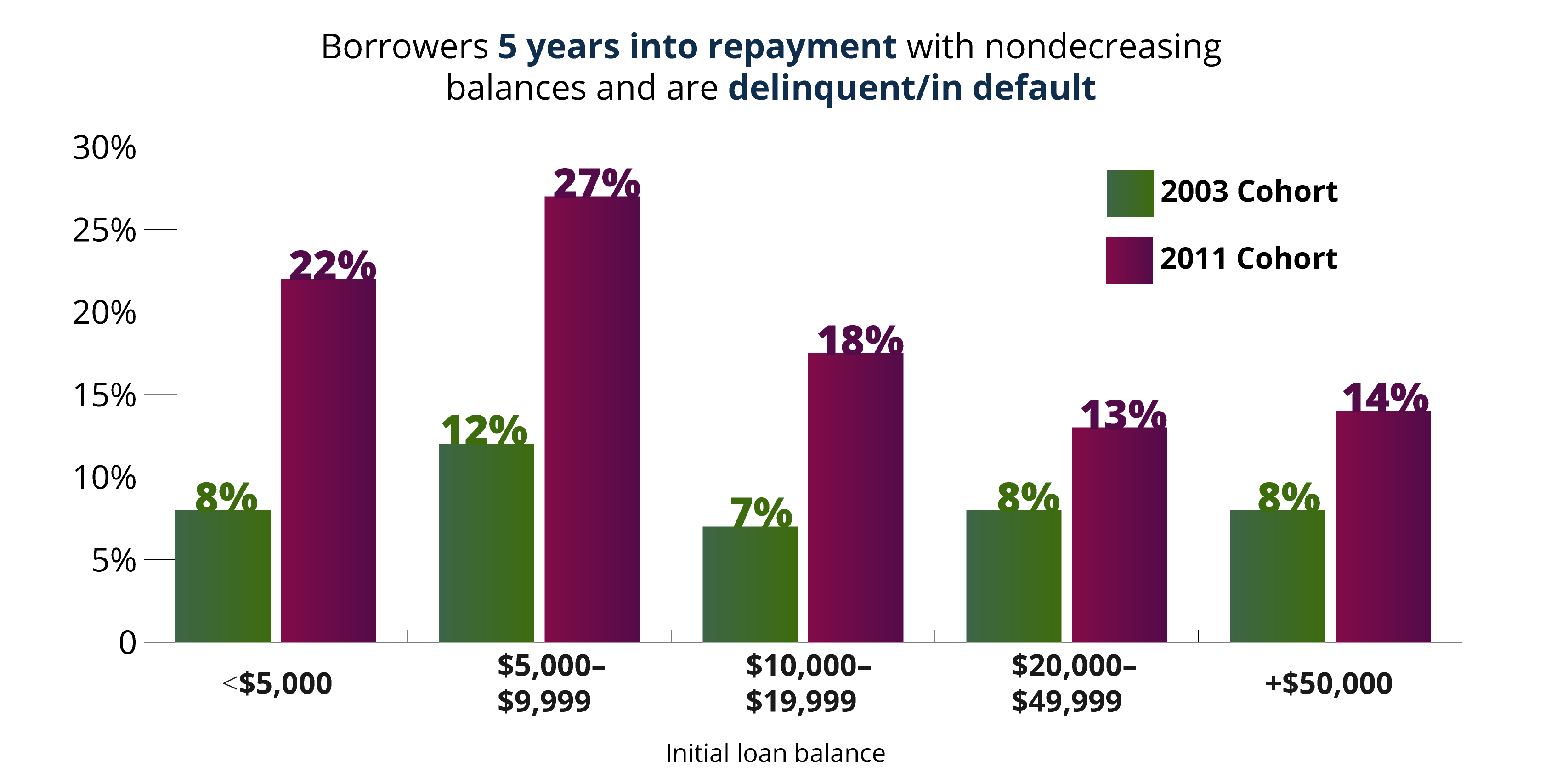 Considering the next generation of student loan borrowers will be carrying even higher balances, along with increased interest rates and enrollments in IDR plans, we’re likely to see borrowers carrying their loan debt for 20 years or more.

A deeper look into long-term repayment patterns is currently underway, but presently most patterns of default and full repayment have remained consistent. This indicates that the student loan debt problem is here to stay for the foreseeable future, and the next group of workers will require student loan repayment assistance even more than previous generations.