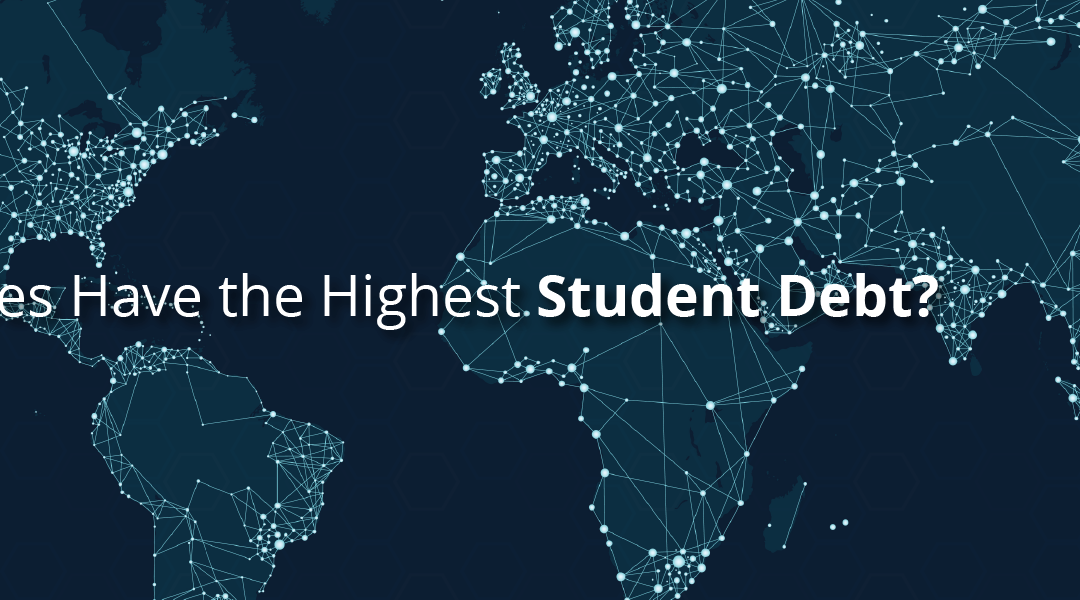 More and more of the modern world economy is being driven by financial services, technology, and manufacturing than ever before. The champions of these markets often hold an advanced degree, stimulating demand for a college education.

College education varies from country to country, as does each government’s higher education lending policies. By comparing world student loan debt, we can better determine the best repayment methods and how to improve our student debt problem here.

11 out of the top 20 colleges on the planet are located in the United States. The U.S. also holds the second highest tuition fees on the planet. Reputable universities and employer demand for a college education have caused U.S. tuition costs to dramatically increase. As a result, the United States has the highest national student loan debt in the world. 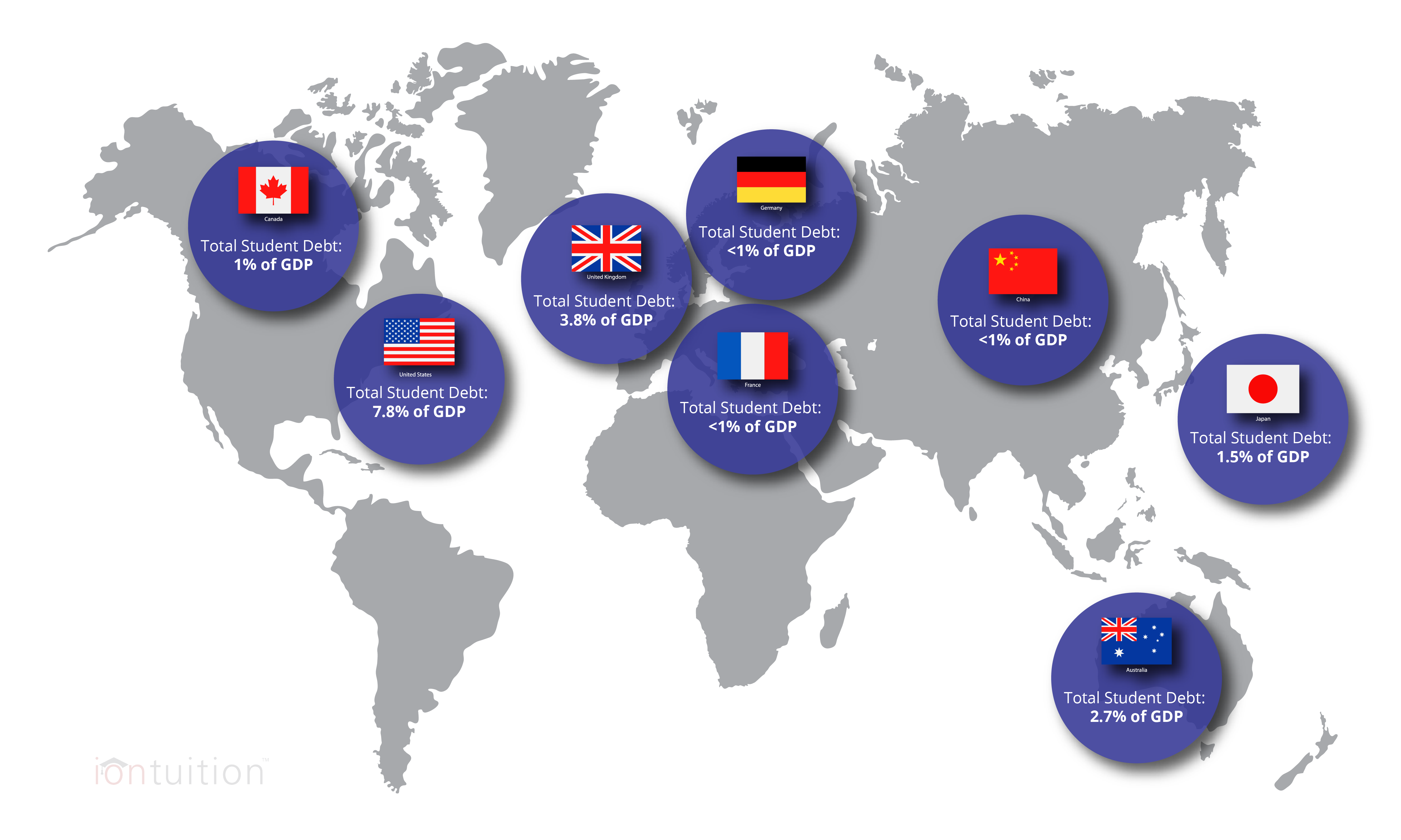 According to the OECD, Canada has one highest percentage of citizens with a tertiary education. Canada is facing a similar student loan crisis from growing tuition rates against stagnant salaries. The student loan debt is approaching $20 billion, and Canada is taking small steps such as offering conditional free tuition to mitigate the increasing burden. Canadian government is also embracing income-based repayment and recently increased the minimum salary before borrowers are required to make payments.

Japanese universities are relatively expensive, since tuition rates have risen substantially faster than wages. The Japanese student loan debt is over $70 billion USD. The Japanese government rolled out income based repayment in 2017, setting repayment amounts at 9 percent of the borrower’s annual wage.

Germany offers tuition-free college. This, along with legal parental obligation to provide support to dependents in college, has kept Germany free from student loan debt problems.

The UK has some of the highest tuition costs in the world and their student loan debt more than doubled in the last seven years. However, all of England’s college graduates are on manageable income-based repayment plans with loan forgiveness options after 30 years of repayment. Even though debt levels are high, college graduates don’t struggle to make payments. Since their student loan balances are so high most qualify for income-driven repayment. It’s predicted that 70 percent of students who left school in 2015 will have their loans forgiven before the balance can be repaid completely.

Australia’s college costs are comparable to the U.S. Australians also enjoy the benefits of income-based repayment plans and are even exempt from payments until they break an earning threshold. Even after they break that threshold, their payments are between 4 and 8 percent of their income.

France’s higher education system is quite different. French teenagers can attend public universities for free if they pass a standardized test. Since France is paying for their college education, student loan debt isn’t an issue.

Income-Based Repayment Is a Popular Option