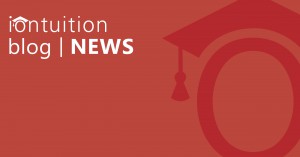 In August, Texas became the latest state to set a goal on college completion.

College completion means helping students finish post-secondary studies and earning a degree or certificate. Inside Higher Ed reported that the Texas Higher Education Coordinating Board Adopted a goal of having 60 percent of 25- to 34-year-olds to hold post-secondary certifications by 2030. Right now, only 38 percent of Texans have a degree.

“The goal is to re-establish higher education as an engine of social and economic mobility in Texas,” Raymund Paredes, the state’s commissioner of higher education told the magazine. “We’ll make an argument for increasing investment in higher education, improving efficiencies, and students have to get through as quickly as possible. It’ll be a shared responsibility model.”

According to Inside Higher Ed, 32 states have plans for increasing the number of people with degrees or certificates. The federal government has also established a goal for the U.S. to have the highest proportion of college graduates in the world.

Texas joins states such as Massachusetts, Michigan, Indiana, and Illinois and organizations such as the Lumina Foundation with the 60 percent goal. Utah and Washington state have goals above 60 percent by the early 2020s.

“We’ve never said that states should adopt Lumina’s goal,” said Dewayne Matthews, vice president of strategy development for Lumina, in an interview. “We think that’s a good national goal. But frankly, some states are going to have to be higher than 60 percent if the nation will reach 60 percent. A state like Massachusetts, given the economy they’ve got, they should be shooting higher if they really want to maintain their economy. D.C. is already at 60 percent and they should be thinking higher as well.”

The foundation has been working with states to focus on the specific needs for each state. Some, like California, may need to focus on increasing completion among immigrants or first-generation students.

Tom Wray is all about the research, getting it right, and making it relevant. He’s got solid journalistic experience in all forms of content delivery – and he’s got his keyboard humming with what’s up and important for students, college admins, parents, employers and news junkies. Check out his weekly columns: Student Loans 101, News Flash!, Eye On School Success, Eye On Student Success and more. Follow me on Twitter at @Tom_Ceannate.