Cool Stuff #8: The story of a young entrepreneur with student loan debt 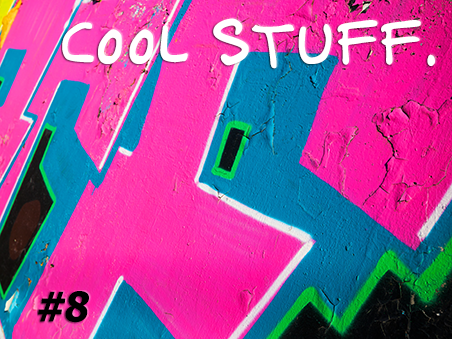 When I need advice for an issue I’m having, I confide in someone who has already gone through and overcame the same, or similar, problem; providing me with a more realistic perspective of the situation.

Well, the same concept applies to student loans. When I search the internet, as I do every day, for stories about people with student loan debt, I’ve come to the realization that a majority of those articles aren’t as relatable as one would think.

A high percentage use the ‘scare tactic’ by narrowing in on horror stories of persons who poorly managed their student loans and created an excessive amount of debt. Personally, I have an issue with those stories. I don’t believe the scare tactic is a successful way to motivate someone. I am motivated by something I can relate to, something that gives me hope, and makes me believe in myself.

That someone I chose was my very close friend Emmet Nitto, 25.

Emmet graduated in 2013 from University of Arizona with a degree in Molecular and Cellular Biology. Earning that degree required Emmet to take out student loans, as most college students do. Attending University of Arizona as a non-resident student would cost about $29,000 a year, or about $120,000 to finish in four years. To cut the cost of tuition, sacrifices were made; his mother decided to move to Arizona for Emmet’s last two years of college so that he would be eligible for in-state tuition. Relieving a portion of the burden, he still graduated with $35,000 in student loan debt.

$35,000 is close to the average amount of debt that students are graduating with today. When I sat down with Emmet, I was interested to find out if he was ever concerned about the amount of debt he was accumulating while he was in school.

“I pushed the fact that I had, and was accumulating, student loan debt to the back of my mind. I was really trying to live in the moment during college. I don’t regret it to this day because college was the most fun I’d ever had in my life. Honestly, the only way I was able to go to school was by taking out loans, so I really didn’t have a choice. I do wish I had studied harder and took enough credits each semester to graduate in four years. I partied too much, fell behind, and probably added around 7k+ in student loans because of it. So, my advice is: GET YOUR WORK DONE, it’s not that hard.”

When he told me that, I felt his answer was a common response; most of us live in the moment not thinking about the consequences that follow. That ‘mentality’ usually is one of the main reasons students accumulate too much debt.

After graduating college, Emmet moved back home to save money. If you read my last blog post Living at home isn’t so bad, you know I support this. Saving money would obviously require an income of some sort, so Emmet began looking for a job. I was shocked when he told me that it was EXTREMELY hard to find a job after school.

Many students, myself included, are guilty of having this idea that once you get your degree that landing a job comes easy. I mean you got the degree! That’s all you need right? Unfortunately, that isn’t right, and Emmet’s situation stands as proof. He strongly believes in networking, (I mean, he has 500+ connections on LinkedIn)! He got his first job from someone he met at college, which is why he encourages those who are still in school to meet as many people as possible. Expanding your network can positively affect your life after college.

Now Emmet works 40 hours a week at a national recruiting firm, and runs his own online business called Rxses Are Rxd. His situation, being a young entrepreneur with student loan debt, was what really inspired me to write this post. I wanted to know everything: how and why he started, how he funded his clothing line, how he balances his current job with everything else he is doing, and if his student loan debt was a road block to any of that.

Luckily, I got the answers I was looking for. 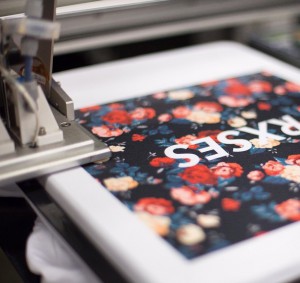 Emmet started Rxses Are Rxd about a year ago. He figured that his love for fashion and creative ability could be used to make some extra cash. So ─ that’s exactly what he did, using a cRxdit card and the majority of the money he was making from his job. Some of the decisions he initially made probably weren’t the smartest; he even went as far as saying that they were ‘dumb’.

He made mistakes as any person starting a company would; he invested too much money, chose pricey producers, bought things that weren’t going to benefit his line in any way, but personally I wouldn’t consider that dumb at all. Those mistakes taught him about money, priorities, and business. What many people fail to realize is that it is OKAY to make mistakes as long as you learn something from them.

With a degree in Biology, Emmet obviously believes in the power of research. He encourages all young entrepreneurs who want to start a company to research heavily before doing anything because after researching, you may find out that what you originally thought you wanted to do wont’ work out or just isn’t for you. But, once you find the thing that you are sure of and are passionate about — put your all into it. Emmet’s advice?

“Work, work, work. Research everything that’s relevant to your business idea ─ from the stock market, to making jewelry, to making an app. Read books, look at social media pages, talk to people. The more you know, the less you are set-up for failure. Also, budget. Make sure you are not putting all your eggs in one basket, as you’ve probably heard, this is the reason that most businesses fail. Be smart, and stick with it.”

Spending 40 hours a week in the office, and still managing to run his own business, shows how strongly he believes in hard work. Balancing work, social life, and his online business is challenging but with technology he makes it possible. Like most of us, Emmet uses technology every day, especially to post and sell his products, and interact with his followers.

Organically he has built up thousands of followers over many social media platforms, including Instagram, Facebook, and Twitter. He spoke about it passionately when he said,

“I love seeing all the comments on my pictures, and being able to run my own page and have my own business. I might have a boss at my regular job, but I do not have one with Rxses. From design, to finished product is always a great feeling too.”

As Rxses are Rxd continues to grow, Emmet continues each month to pay down his student loans.

I truthfully believe that Emmet and his journey are inspirational to both students in college and out of college. He shows us that even when mistakes are made something good can be learned from them. Yes, he racked up a large amount of student loan debt, prioritized poorly, and sometimes failed to use a budget; three of the most common things students do. And instead of allowing the debt to discourage him, Emmet did the opposite.

Whenever I find myself in money troubles, which is more frequently than not, I conjure up ideas of how I can make money, but I never go out and do it. That is why I admire Emmet, because even in financial turmoil he continued to work hard for himself and Rxses Are Rxd. If more indebted individuals had that hardworking mentality, they probably wouldn’t find themselves uncomfortably burdened by debt.

So — what is your choice going to be?

As Blogger and budget aficionado, Tara K. helps students across the country enhance their knowledge about money management and everyday  life. She is constantly looking for new ideas to transform into great advice for you. Pursuing a journalism major, Tara K. has a  passion for the art of inquiry, which is conveyed through her writing.