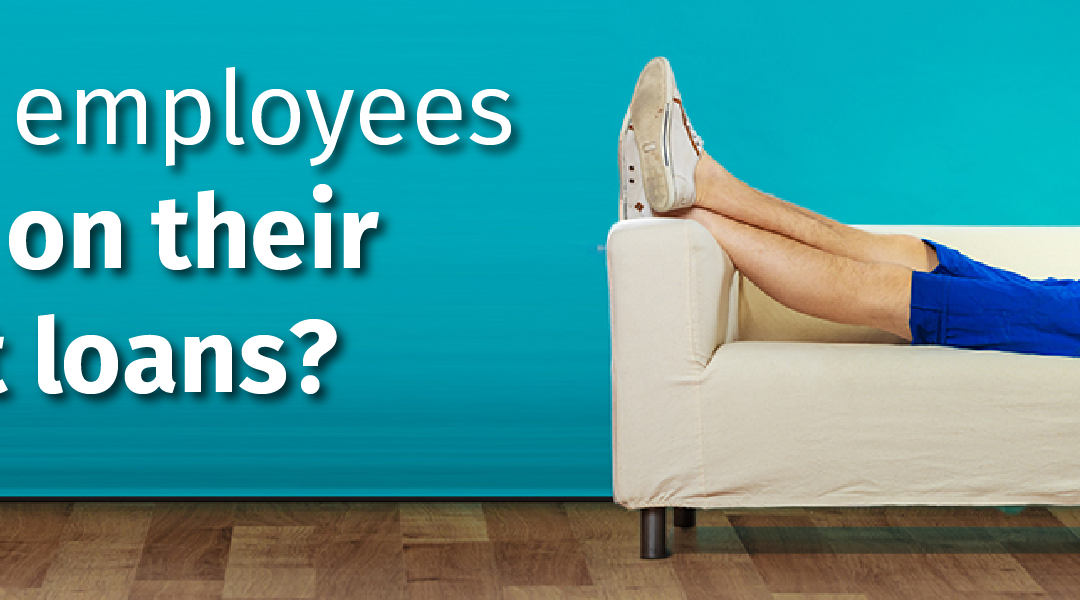 What is Student Loan Default?

Missing one student loan payment makes you “delinquent.” If you don’t make a payment within 270 days, you will be considered “in default” on your student loans.

What Happens When You Go Into Default?

The missed payments will appear on your credit report and have a negative impact on your credit score. This could limit your ability to take out a loan, apply for a rental property, or even land a job. Also, your student loan servicer will likely impose late fees or possibly even sue you through a collection agency. It’s possible that your income or retirement benefits could even be garnished.

Why do People Go into Default?

If you’ve never gone into default, it might be hard to imagine a person ignoring overdue statements and servicer phone calls for 9 months. We (as well as our affiliate companies) have cured millions of students, ex-students, and graduates from delinquency and default by helping them into sustainable repayment plans. We’ve heard ALL of the excuses.

Leaving college is a transitional period for millions of young people. College students move back and forth between their parents’ house to their college address to eventually their own place. During these moves, physical mailing and email addresses change, and student loan servicers occasionally lose track of their borrowers. In these cases, employees haven’t been receiving their statements and don’t know that they needed to be repaying it.

Reason #7: “I Thought I Was Paying It/Thought it Was Paid”

Unfortunately, student loan scams are just as prevalent as ever. Some questionable companies ask borrowers for a fee and promise to have their loans forgiven. The borrowers pay a fee up front and some companies even apply for forgiveness (even though it’s free to apply), but ultimately take the person’s money and do nothing. Other “debt consolidation,” companies ask for a smaller monthly payment to cover their bills but never work out an agreement with the servicer. Some employees have stopped paying because they believe their loans have been forgiven or consolidated.

If you attended a fraudulent institution, you have the option to apply for loan forgiveness. There is a student loan cancellation/forgiveness option known as the “Borrower Defense to Repayment” for students that felt they were misled through a school’s confirmed misconduct. Some employees don’t realize that they have to apply for forgiveness in the first place and stop paying. For those who do apply, the process of getting loans forgiven can take a long time, resulting in default.

This excuse is more common than you think. Between receiving scholarships, grants, and loans some students are not even sure how their college was paid for. Many people either don’t know the difference between grants and loans or don’t think that loans have to be repaid. A handful of borrowers compared to their student loan bills to medical bills, believing that the school was going to repay their balance in the same way insurance companies pick up some of the costs in a medical bill.

Not surprising, some people know they have to pay and just don’t want to. Often these people are not concerned with building their credit history and would rather keep their money. Some employees are not worried about the consequences of defaulting on student loan payments.

This is also what we call the “spite” reason for default. Employees are mad with their college experience and that misguided anger keeps them from making payments. It’s frustrating to spend thousands of dollars and years of your life earning a degree that you’re not using.

Student loans are unique because you’re repaying on a debt for something that you’ve already received and can’t be taken away. Servicers can’t repossess your college degree the way banks can repossess your house and car, or they way credit card companies can seize property. Now, imagine that you didn’t graduate and earn a degree. In those cases, many people believe their debt doesn’t need to be repaid since they never completed their education.

Reason #1: “I Can’t Afford the Payments”

The number one reason employees we help default is because they don’t have the money to pay. What’s worse is they don’t even know there are other repayment options. When we contact employees that have gone delinquent, their shock and excitement from hearing about income-driven repayment plans melt our hearts. It’s unfortunate so many other borrowers are unaware of their options. The best thing you can do if you can’t afford your payments is to tell your servicer. They don’t want you to default and will work with you to find a sustainable repayment plan.

Default affects all ages and income levels, yet researchers are still can’t draw definitive conclusions about the types of borrowers that are expected to default. That’s because there are so much data to compare including debt-to-income levels, race, school type, and employment. For example, an “unemployed” borrower might be unemployed to return to school full-time, in which case his or her student loans would be in deferment.

However, there are numerous deferment and income-driven repayment options available to federal student loan borrowers that are intended to prevent default. Unfortunately, borrowers are uninformed of these options. Better financial literacy is possible by offering more workers student loan benefits. Businesses can help their employees avoid default by offering student loan repayment benefits such as IonTuition.